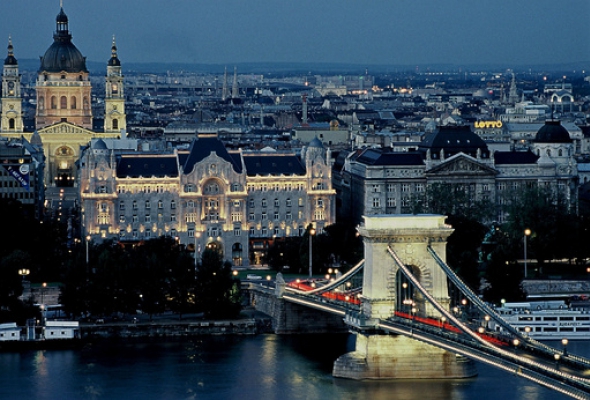 WOMEX has become the most important international professional market for world music of every kind including folk, roots, ethnic and traditional music. The four-day event attracts in excess of 2,000 delegates from over 90 countries, including hundreds of concert and festival bookers, labels, publishers, distributors, managers and the world's media. Culture Ireland has  led a delegation of musicians, agents and promoters to WOMEX since 2010 and supported selected bands to perform at this key showcase event.


Culture Ireland is offering a limited number of delegate bursaries aimed at those artists and promoters who have a track record of touring internationally, have excellent promotional material available and who would benefit from attending the event to promote their work at this unique music industry marketplace as part of the Irish delegation. Culture Ireland's presence at WOMEX is as a partner in Horizons, an initiative of music export and cultural agencies from England, Scotland, Wales and Northern Ireland. Culture Ireland and the Arts Council of Northern Ireland will host a combined stand located within the Horizons section of WOMEX in Budapest. Selected delegates will participate in the national stand to promote their work to international arts industry presenters and promoters.

Applicants from the Republic of Ireland should apply online to Culture Ireland.  The award (€400 per delegate) is towards the costs of return flights, registration and a contribution towards accommodation and subsistence.  Only one delegate bursary will be awarded per group. Click here to apply.


Applicants from Northern Ireland should apply online to the Arts Council of Northern Ireland's Travel Award.  The award [£400 per delegate] is towards the costs of return flights, registration and a contribution towards accommodation and subsistence.  Only one delegate bursary will be awarded per group. For further information, please visit http://www.artscouncil-ni.org/funding/scheme/womex-bursaries-2015


Culture Ireland will produce a promotional CD for distribution to international presenters at WOMEX.  Please submit, along with your application, a track from the artist you are representing, which can be considered for inclusion on the CD.

The deadline for submission of completed applications for a delegate bursary is 5pm on Monday, 10 August 2015.