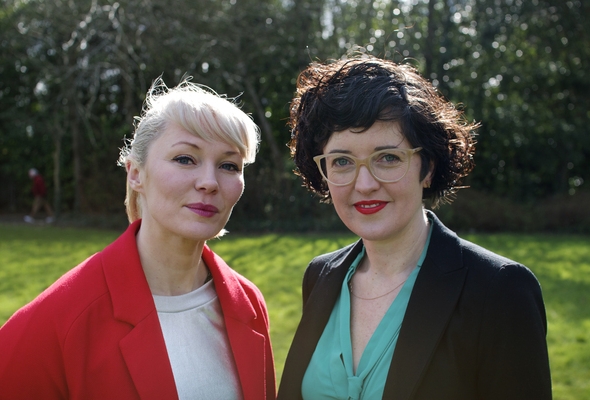 The Minister of State at the Department of Arts, Heritage and the Gaeltacht, Aodhán Ó Ríordáin, today (March 8th, 2016) announced that Culture Ireland and the Arts Council, have selected artist, Jesse Jones, with Tessa Giblin as commissioner to represent Ireland at the 57th Venice Art Biennale in 2017.

The Venice Art Biennale is one of the most important international stages for the visual arts, attracting over half a million visitors. The selection of the team to represent Ireland was made - following an open competitive process - by an international jury. Ireland at Venice is a partnership initiative of Culture Ireland, a division of the Department of Arts, Heritage and the Gaeltacht with the Arts Council.

The Minister of State said that "Ireland's success at Venice in recent years had led to an increased international awareness of the strength of Ireland's visual arts sector." He added that "the Irish public would have the opportunity to see the exhibition when it tours post the Biennale."

Jesse Jones has proposed an artwork that has at its core the idea of the national representation at Venice as an alternative site of the state. In a project which she describes as a ‘witching’ of the judicial system, her research and collaborative practice will also see her working together with renowned theatre artist Olwen Fouéré.

On being selected, Jesse remarked, ‘I am deeply honoured to have been selected to represent Ireland at Venice and delighted to be working with Tessa on this project with whom I have had a long standing curatorial relationship. Venice represents one of the most important moment in an artist’s career. I am excited about this challenge and about creating an exhibition that will stimulate debate on issues of urgent political and social relevance in Ireland and across the world.’

Commissioner for Ireland at Venice 2017, Tessa Giblin, curator of visual arts at Project Arts Centre in Dublin which will be supporting the delivery of the exhibition, says  ‘I am so proud to be working with this incredible artist Jesse Jones, as we look ahead towards that most exciting and challenging of international stages: the Venice Biennale. We are greatly honoured to be supported by the brilliant team at Project Arts Centre, where our relationship as curator and artist was forged almost a decade ago.’