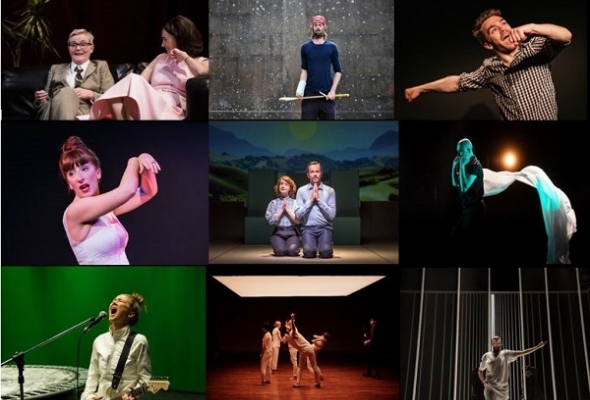 This year, Culture Ireland is supporting a diverse programme which includes presentation of dance and theatre in prime venues across Edinburgh.  Oona Doherty’s Hard to be Soft: A Belfast Prayer will be presented at the Lyceum as part of Edinburgh International Festival and eight Irish theatre and dance productions are being supported as part of the Edinburgh Festival Fringe programme. Included are The Patient Gloria by Gina Moxley at the Traverse, an Abbey Theatre co-production which had a sell-out run as part of the Dublin Theatre Festival last year.


Dance Base, a regular partner in Culture Ireland’s Edinburgh Showcase Programme, is presenting a new show produced by Fishamble Before by Pat Kinevane, a Fringe First winner in 2015, and CoisCéim Dance Theatre’s Body Language by David Bolger and Christopher Ash.


Chalk It Down Productions’ Spliced written and performance by Timmy Creed is in a site-specific presentation at the Edinburgh Sports Club; Janet Moran’s A Holy Show will run at Pleasance Two Sarah-Jane Scott’s Appropriate, and one two one two’s  Everything I Do are at Summerhall which  along with Fionn Foley’s Brendan Galileo for Europe at Assembly Georges Square Studios are all in Edinburgh following g their critical success at last year’s Dublin Fringe Festival.


The Edinburgh International Book Festival, set in the historic Charlotte Square Gardens which reaches an audience of 250,000 every August, is also supported by Culture Ireland to present a range of Irish writers. This year’s roster highlights the strong crop of Irish writers including Kevin Barry, recently longlisted for Booker Prize, Sinead Gleeson, Nicole Flattery and Ian Maleney.


Culture Ireland will host an industry event which aims to build Irish artists’ connections with festival and venue presenters, producers and promoters. This event which takes place in The Hub, headquarters of the International Festival, has resulted in important touring outcomes for Irish companies in previous years.