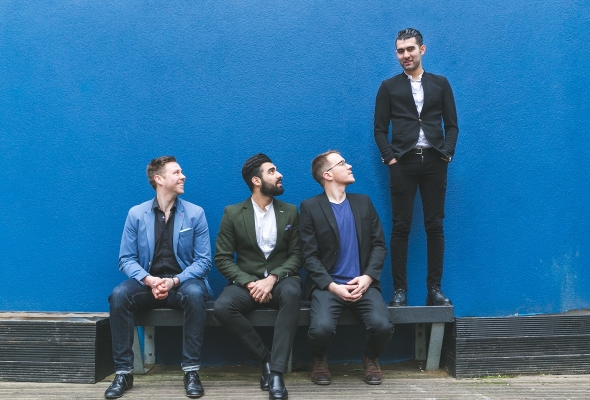 WOMEX World Music Expo is one of the key music industry events and attracts in excess of 2,000 delegates from over 90 countries, including hundreds of concert and festival bookers, labels, publishers, distributors, managers and the world's media. Culture Ireland has led a delegation of musicians, agents and promoters to WOMEX since 2010 and supported selected bands to perform at this key showcase event. This year’s event takes place in Las Palmas, The Canary Islands between 24 - 28 October 2018.

Since forming in early 2016, Navá have been exploring the relationship between the ancient musical cultures of Ireland and Persia. The band is made up of bluegrass musicians Paddy Kiernan and Niall Hughes and Iranian-born brothers Shahab and Shayan Coohe.

They have toured regularly since their formation including performances at Celtic Connections, Electric Picnic, Doolin Folk Festival, Bray Jazz Festival and most recently, at a special Patrons’ Concert at Áras an Uachtaráin. Their debut album Tapestry was released in October 2017.

Culture Ireland's presence at WOMEX is as a partner in Horizons, an initiative of music export and cultural agencies from England, Scotland, Wales and Northern Ireland.

You can listen to Navá on Soundcloud here.