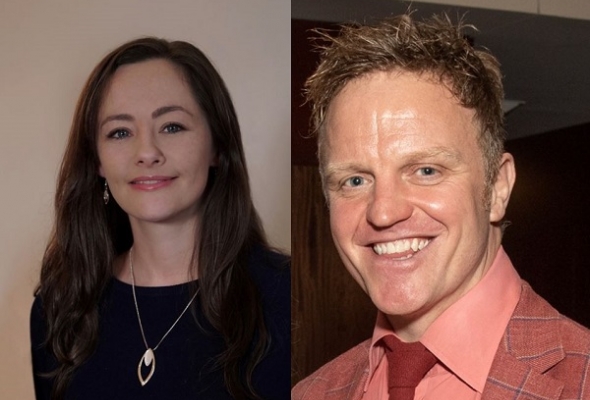 The Minister for Tourism, Culture, Arts, Gaeltacht, Sport and Media, Catherine Martin, T.D., today announced the appointment of two specialist Cultural Officers, one in London and one in New York, under the Government’s Global Ireland 2025 strategy. These appointments are a key action to widen and deepen Ireland’s global cultural presence and engagement in these priority territories. This new strategic capability is being delivered in a close partnership with the Department of Foreign Affairs and will serve the wider needs of Government globally.

The core mandate of these two new positions is to enhance the promotion of Irish arts and culture in the US and Britain, working to achieve the strategic objectives of Culture Ireland in the Department of Tourism, Culture, Arts, Gaeltacht, Sport and Media, and of the Department of Foreign Affairs.

“These appointments will play a key part in enhancing cultural promotion, collaboration and exchange, and strengthening cultural engagement with our diaspora. They will provide a hugely valuable new resource for Irish artists, arts organisations and cultural institutions in supporting their international ambitions.”

“This new partnership initiative between our two Departments will help enrich our key bilateral relationships with Britain and the United States, and increase Ireland’s visibility, reach and reputation on the global stage.”

The positions, which were advertised nationally and internationally earlier this year and attracted extensive interest, are being filled by two arts professionals with extensive high-level experience in promoting Irish culture globally.

The Cultural Officer in New York, Nik Quaife, has worked with many of Ireland’s leading artists and arts organisations since 1999, including through his own arts PR company. Quaife has also worked for ten years with the Irish Arts Center NYC in various roles in marketing, PR and fundraising.

Kelly O’Connor, the Cultural Officer for Great Britain based in London, is the founder of Irish Film London, where she has served as Programme Director for the last decade, and a member of the Mayor of London’s St Patrick’s Community Advisory Board.

Four other priority locations for the appointment of Cultural Officers were specified in Global Ireland 2025 - Beijing, Los Angeles, Paris and Tokyo - with the possibility of additional locations in the lifetime of the strategy. The timing for these recruitments is under ongoing consideration by both Departments, subject to resources and requirements in those locations.