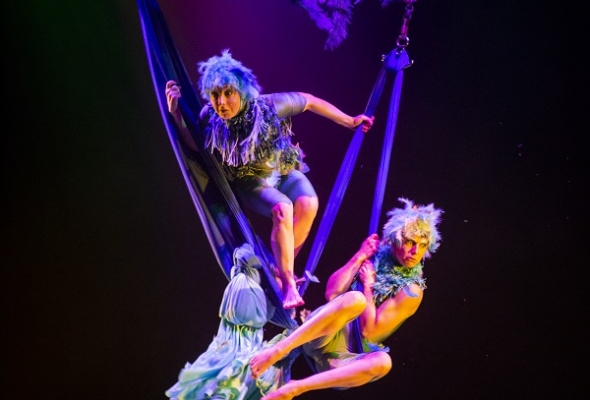 The Minister for Culture, Heritage and the Gaeltacht, Josepha Madigan TD, is delighted to announce approval of almost €700,000 in funding by Culture Ireland for the promotion of Irish arts globally in 2019 and early 2020. A total of €692,000 will enable Irish artists and arts organisations to present 145 projects, covering architecture, circus, dance, film, literature, music, theatre and visual arts in 42 different countries and build on Ireland's strong global reputation for creativity.

Announcing the awards Minister Madigan said "In supporting our artists to present their work internationally, Culture Ireland is enabling them to reach wider and more diverse audiences and raise the awareness of the vibrancy and strength of Ireland’s creativity.  The importance of increasing our global reach and enhancing our cultural impact is underpinned by the Global Ireland 2025 programme which recognises the central role our artists play in shaping Ireland’s global reputation."


Highlights of the projects being funded in this grant round include artist Jessie Jones, who represented Ireland at the 2017 Venice Art Biennale, presenting a new solo work in Germany at the Kunstverein Hargburger Bahnhof from July to September while artist Seán Lynch, who represented Ireland at the Venice Art Biennale in 2015 will present a solo exhibition of his work in Yorkshire from June to September. Irish theatre and dance will be presented at the highly regarded Next Wave Festival at BAM, New York in the Autumn.  Malaprop, a strong emerging theatre company will present their work “Everything not saved” and “LOVE+” throughout Australia in August and September, Theatre, following their showcase at Edinburgh Fringe Festival in 2018.


A diverse offering of new and traditional music will tour extensively throughout Europe and the US, with a special Galway 2020 programme at Milwaukee Irish Fest in August.

Building on the success of the Culture Ireland GB18 Programme, a year-long focus of Irish arts in Britain last year, support is being awarded for a diverse programme at the London Irish Centre, Camden, four Irish theatre companies will tour in Britain between May and September and a number of musicians will undertake tours, including Fontaines DC on tour and David Keenan Trio performing at Glastonbury.


The Minister added that “in this year when we celebrate 40 years of diplomatic relations with China, I am pleased to see music, visual arts and theatre with being presented to increase the interest in Irish culture in China”.


Please see here for the full list of Spring grant round.