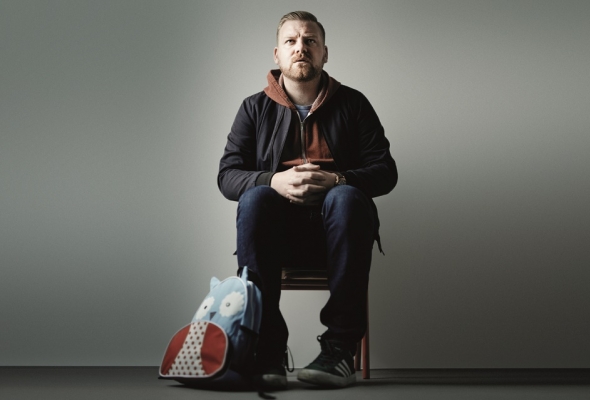 The Minister for Culture, Heritage and Gaeltacht Affairs, Josepha Madigan T.D., is delighted to announce approval of over €2.13m in funding by Culture Ireland for the promotion of Irish arts globally in 2019.

The Minister for Culture, Heritage and Gaeltacht Affairs, Josepha Madigan T.D., is delighted to announce approval of over €2.13m in funding by Culture Ireland for the promotion of Irish arts globally in 2019.
A total of €1.16m will enable 168 Irish artists and arts organisations to present projects covering architecture, circus, dance, film, literature, music, opera, theatre and the visual arts in 41 different countries and build on Ireland's strong global reputation for creativity. Also included in the awards is a total of €975,000 to annual funding for the promotion of Irish literature, music and film through resource organisations and Ireland's cultural centres in Paris and New York who partner Culture Ireland to present ongoing programmes of Irish artists abroad.
Announcing the awards Minister Madigan said: "Under Global Ireland 2025 the Government has committed to share our culture more widely around the world. Culture Ireland plays a central role in supporting Irish artists to reach millions of audience members worldwide each year. The creative strength of Irish artists means that they are in global demand and are renowned for the high quality of their work and it is important that they are supported to make a global impact and raise awareness of Ireland’s arts and culture".
The annually funded partners include Literature Ireland which represents Ireland at key international book fairs and assists the translation of Irish literature from English and Irish into other languages to widen the readership of Irish writing. First Music Contact will extend its "Music from Ireland" programme to present Irish career-ready musicians in the rock/indie/pop genres with the intention of creating further opportunities at industry events including Eurosonic, South by Southwest, The Great Escape, Primavera Pro, AIM2AIM, Reeperbahn, MONDO, M for Montreal and Hard Working Class Heroes, the Dublin based showcase.
Highlights of the projects being funded include the presentation of "Imagining Ireland: Words and Music" at the Barbican in London in January. This special concert is a legacy of the very successful GB18 programme presented by Culture Ireland throughout Britain during 2018. Also in the Barbican, the UK premiere of Rooms by Enda Walsh will be presented by Galway International Arts next April. The modern Irish opera The "Second Violinist" composed by Donnacha Dennehy, written and directed by Enda Walsh will be presented at the Dutch National Opera in March and "CLASS" by Iseult Golden and David Horan will play at the Bush Theatre in London in May 2019 in association with the Abbey Theatre. Teac Damsa’s hugely successful presentation of "Swan Lake/Loch na hEala" will tour in Australia and Canada, building on the success of their tour to Hong Kong, Korea, Germany, Luxembourg, Britain and Canada during 2018.
An unprecedented number of Irish films are to have their world premiere at the Robert Redford founded Sundance Film Festival in Utah in late January. Presentation at Sundance, regarded as one of the most prestigious film festivals in the world, serves to generate international sales for the film and to promote the artists and producers attending the festival. The five Irish films being supported to launch at Sundance are "A Hole in the Ground", "Gaza", "Dirty God", "Shooting the Mafia" and "Animals".


Please see here for the full list of all these exciting projects.


Image credit: Image by Ros Kavanagh of Stephen Jones in "CLASS", written and directed by Iseult Golden and David Horan in association with The Abbey Theatre.