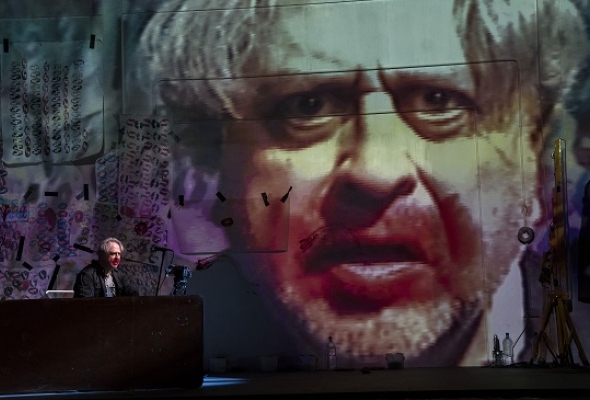 The Minister for Culture, Heritage and Gaeltacht Affairs, Josepha Madigan T.D., is delighted to announce approval of over €1.85m in funding by Culture Ireland for the promotion of Irish arts globally during 2020.

A total of €875,800 is directed to enable 150 Irish artists and arts organisations to present projects, covering circus, dance, film, literature, music, opera, theatre and the visual arts in 43 countries and build on Ireland's strong global reputation for creativity.

Also included in the awards is a total of €980,000 annual funding for the promotion of Irish arts through partner organisations such as Literature Ireland, First Music Contact and Irish Film Institute International and Ireland's cultural centres in Paris and New York who work with Culture Ireland to present ongoing programmes of Irish artists abroad.

Announcing the awards Minister Madigan said "Working towards our aim to double Ireland’s global cultural footprint under Global Ireland 2025, my Department is focussed through Culture Ireland on supporting our artists to present their work to audiences worldwide. The talent of Irish artists is endorsed by their continued selection to present on the world’s finest stages from Australia across Asia and Europe to the US and South America. The bodies being funded in 2020 will continue to make great impact showcasing Irish bands in key marketplaces, screening Irish film worldwide and supporting the translation of the work of Irish writers so Irish literature can be read more widely."

Highlights of the projects being funded include performances by Anne-Marie O'Farrell and Cormac De Barra in Hong Kong in March, showcasing the harp, our national instrument, at a time of year when there is a focus on Irish culture.  Following its success in Ireland, Cultural Ambassador, Paul Muldoon's Incantata by Galway International Arts Festival and Jen Coppinger, will be have a month run at the Irish Repertory Theatre, New York from mid-February and Teaċ Daṁsa will present MÁM, in London, Perth and Wellington in Spring 2020 as well as touring Swan Lake Loch na hEala to Taipei. In addition to sole exhibition by a number of visual artists, Irish Galleries will present the work of Irish artists at key artfairs including Art Basel, Hong Kong, London and Dallas.


Continuing the aim of Culture Ireland GB18 to build further cultural connections with Britain, Imagining Ireland: Words & Music will be presented at the Barbican by Serious in association with the National Concert Hall in February, celebrating the women's voices in Irish literature, music and poetry. Strong programmes of Irish artists for 2020 are also being supported in the London Irish Centre, Camden and Irish Cultural Centre, Hammersmith.

Please see www.cultureireland.ie for the full list of supported projects.