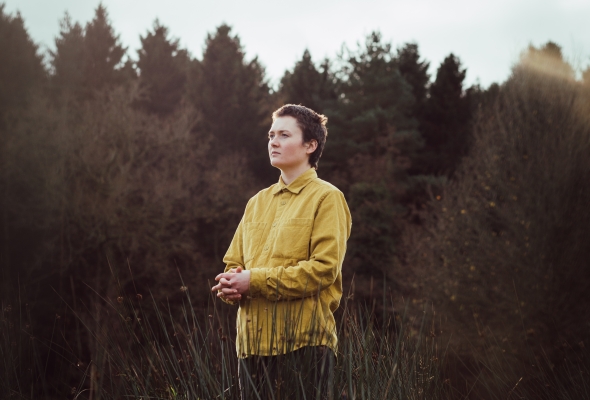 The performance gives the artist the opportunity to perform for many of the delegates - bookers, programmers and promoters - who will be in attendance at the event.

Dani Larkin is a singer-songwriter and folk musician from the Armagh/Monaghan border on the island of Ireland. Her sound is inspired by the Irish traditional melodies she was raised with, her songs are reminiscent of Celtic folk tales. Her debut album, Notes for a Maiden Warrior, recorded during lockdown, brought her nominations for Best Album at the Northern Ireland Music Prize, and for Best Emerging Act at Ireland’s RTÉ Folk Awards in 2021.
Dani’s appearance at WOMEX is supported by Culture Ireland and PRSF’s International Showcase Fund.

WOMEX World Music Expo is one of the key music industry events and attracts in excess of 2,000 delegates from over 90 countries, including hundreds of concert and festival bookers, labels, publishers, distributors, managers and the world's media. Culture Ireland has led a delegation of musicians, agents and promoters to WOMEX since 2010 and supported selected bands to perform at this key showcase event.

Culture Ireland's presence at WOMEX is as a partner in Horizons, an initiative of music export and cultural agencies from England, Scotland, Wales and Northern Ireland. The Horizons stand is at Stand Nos. 150 – 155 at the Trade Fair at the Altice Arena.