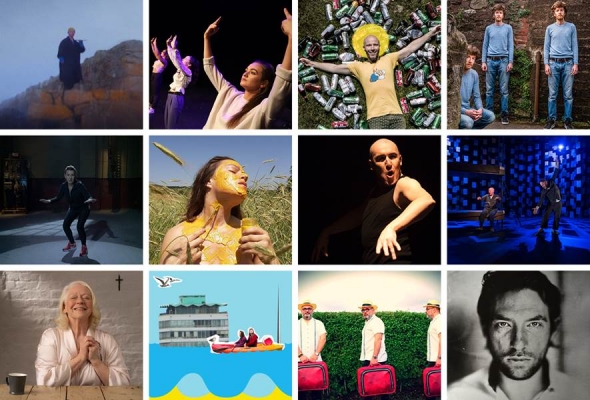 This year, Culture Ireland will showcase 11 Irish productions as part of the 2021 Edinburgh Fringe Festival (6 – 30 August).
Since 2006, Culture Ireland has supported artists to travel to Edinburgh, to present their work to international audiences and to capitalise on the global audiences and industry professionals who travel to the Scottish city every August.
To be seen and recognised at Edinburgh has led to global success and awards for many Irish artists over many decades.

The 11 shows as part of Culture Ireland’s 2021 Edinburgh Showcase are:

For 2021, the productions are being streamed through the Fringe Player, the Fringe’s own digital platform and various streaming platforms being hosted by Edinburgh’s key Fringe venues including Traverse, Summerhall, Dance Base, Assembly and Pleasance.
A special digital networking event will be held on the Fringe Connect platform on Thursday 12 August at 4pm where Irish artists will introduce their work to an invited audience of programmers and presenters.
As well as the online Fringe Showcases, Culture Ireland is also supporting the return of live performances with Landmark Productions/Galway International Arts Festival’s production of Enda Walsh’s Medicine as part of the Edinburgh International Festival at the Traverse Theatre from 4 to 29 August and a range of Irish writers at the Edinburgh International Book Festival.