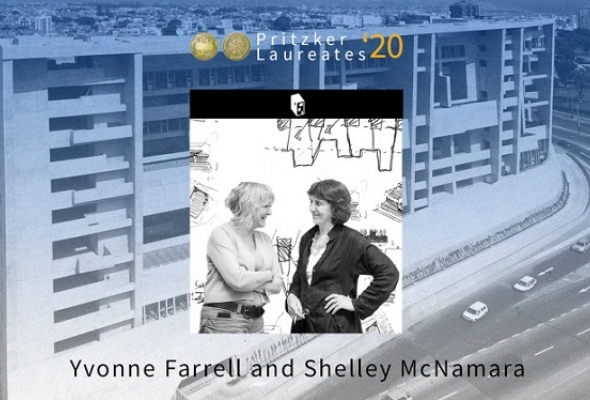 The Pritzker Architecture Prize is awarded annually, to honour a living architect or architects whose work demonstrates a combination of those qualities of talent, vision, and commitment, which has produced consistent and significant contributions to humanity and the built environment through the art of architecture. It is considered one of the highest honours in architecture.

Shelley Mc Namara and Yvonne Farrell join a stellar list of architects from around the world who have received this award initiated in 1979, including the 1982 laureate, Irish architect Kevin Roche whose practice was based in the US.The award was presented at a virtual ceremony on 6 October

In 2018 McNamara and Farrell curated the International Venice Architecture Biennale, featuring more than 60 national exhibitions and attracting hundreds of thousands of visitors.

In 2019 in the context of the Government’s Global Ireland 2025 initiative both, Shelley and Yvonne, were appointed as two of Ireland’s Cultural Ambassadors in recognition of their ongoing work to enhance the promotion of Ireland’s culture globally.