Richard Mosse’s exhibition for the Venice Art Biennale opened to the press on the afternoon of May 30th.

There was a great international attendance and reaction with the Wall Street Journal listing Richard as one of five artists to watch.

Before Richard travelled to Venice, his exhibition there was a launch in Dublin at the Royal Hibernian Academy. At the launch he spoke of his pride at being selected to represent Ireland. It was, he said, a dream come true for him.

The exhibition opens to the public on June 1st and will run until November 24th.

See some of the links to the coverage:

The concert to celebrate and mark the launch of the International Culture Programme of Ireland’s EU Presidency in Germany took place in Berlin on Monday, January, 21st. The concert by the Irish Chamber Orchestra was broadcast on Lyric FM on January 23rd, you can listen in here.

There was a great audience response to the Concert with the Irish Chamber Orchestra -  Jörg Widmann, conducting  and Ailish Tynan, soprano.

In his welcome address, Irish Ambassador to Germany Dan Mulhall likened the European project to an orchestra. “If there’s dissonance it’s hard to please everyone,” said Mr Mulhall in German. “If we play together we can bundle together our strengths and talents.” 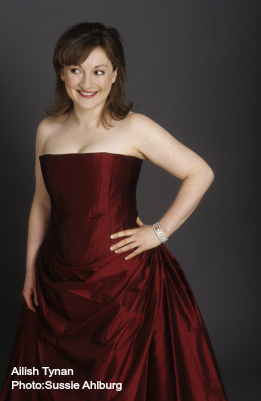 In his review the following day in The Irish Times, Derek Scally commented that: “The euro zone crisis was left at the door of Berlin’s historic Konzerthaus on Monday night as the Irish Chamber Orchestra wowed their audience with a lively programme of German-Irish music.”

Michael Dervan of The Irish Times commented that: "The programme was an ICO special, musically a weird mixum-gatherum, but often delivered with thrilling thrust".

Irish Chamber Orchestra
The Irish Chamber Orchestra is a world-class orchestra, based in Ireland. It is renowned for its energy, unique sound and world-class musicianship. Working with the celebrated Hungarian maestro, Gábor Tákacs Nagy (Principal Artistic Partner) and the virtuoso clarinet player Jörg Widmann (Principal Guest Conductor/Artistic Partner), the ICO consolidates its position as a force to be reckoned with on the international music scene. Under the leadership of Concert Master Katherine Hunka, the Orchestra is recognised as one of Ireland's world-class cultural assets. 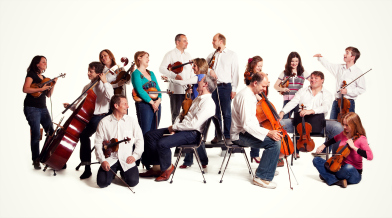 The programme for the concert included Elaine Agnew's strings astray, Mendelssohn's Symphony no. 1 and popular arias.

The concert was sponsored by Culture Ireland, the Embassy of Ireland in Berlin and EUROPA MUSICALE .

You can download a copy of Culture Connects the International Culture Programme for the Presidency here.

Gerard Byrne at the Whitechapel in London – Read all About it

Gerard Byrne’s exhibition opened to rave reviews in the Whitechapel Gallery in London on January 17th .

This is the first major UK survey of Gerard Byrne’s and it traces Byrne’s work from 2003. The exhibition includes seven major film installations, a series of photographs and the UK premiere of his latest multi-screen installation, A man and a woman make love (2012). Byrne is renowned for his films which revisit historic moments and conversations. 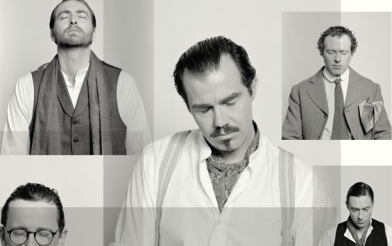 Byrne “breathes life into past events with compelling installations and alluring photography”, says Ben Luke of the Evening Standard. “Byrne doesn’t take the route of a historian and attempt to clarify his material. Rather, he makes it richer and stranger”.

Luke describes Byrne’s two video installations as “ambitious and compelling. A Man and a Woman Make Love (2012) turns a notorious conversation about sex between surrealists into a televised play, while A Thing is a Hole in a Thing It Is Not (2010) restages a radio studio conversation between minimalist artists — Donald Judd, Dan Flavin and Frank Stella — and pairs it with exquisite shots of minimalists’ work in museums”. 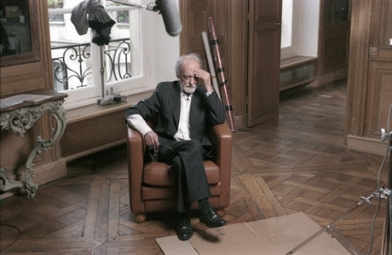 Adrian Searle, in the Guardian explains how Byrne “is trying to capture something real: something to do with measuring time, how the past persists, how the new becomes old. He's trying to make it new again, or at least to see things afresh, using a technology and modes of staging that will soon become outdated themselves, and in a voice that will also come to look quaint. It is a work without end.”

The exhibition runs until March 8. Catch it if you can.

The Guardian
The Independant
Financial Times.... complex, funny and full of food for thought...