Your browser does not support JavaScript, which is used by some elements of this page. 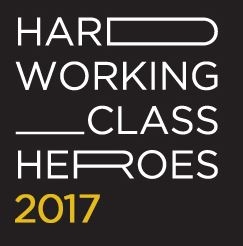 Hard Working Class Heroes is an annual indie/rock showcase festival, produced and presented by First Music Contact. 2017 is the 14th year of this event, which presents various bands in various venues over one weekend in Dublin. It has showcased many of Ireland’s best known acts including Delorentos, The Coronas, Fight Like Apes, Villagers, Lisa O’Neill and 2013’s breakthrough act Hozier.  It remains the most important opportunity for international bookers, agents and publishers to see a wide range of bands and, in recent years, the event has broadened significantly to include a digital and tech platform which has attracted funding support from Enterprise Ireland. All of the key international music industry showcase bookers attend the event each year which has resulted in significant increases in the number of Irish bands programmed at South by South West, The Great Escape, Eurosonic, CMJ and Canadian Music Week, as well as a host of other music festivals including Glastonbury, Latitude and Coachella.